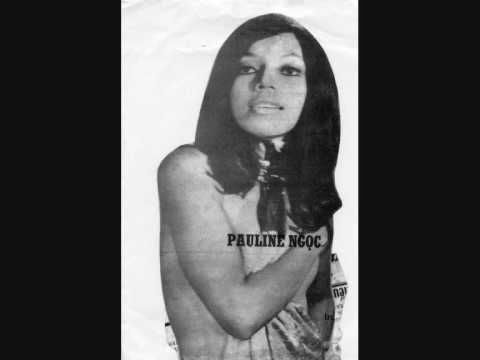 How I met Pauline Ngoc was rather surprising.  I had stumbled across one of her songs on YouTube, her rendition of Les Fueilles Mortes (Autumn Leaves), and liked it quite a bit.  But I couldn't pinpoint just where I had heard her name before.  It took me a few days and then I remembered that Julie Quang had mentioned her name a few times in conversation.  From what I remember from what Julie had said was that Pauline Ngoc was a singer back in the day in Saigon prior to 1975 and that she was considered the Vietnamese equivalent to Diana Ross.  Well, that sparked my interests.  I've always been a big fan of Miss Ross and furthermore, I'm also very interested in learning about other Vietnamese performers of mixed heritage like myself.  After I remembered where I had first heard her name, I then decided to take a gamble and leave her a private message on her YouTube channel asking if indeed she was the same Pauline Ngoc that I had heard of.  She responded immediately with a yes.  In the days that followed, she and I would write to one another back and forth.  A friendship had developed between the two of us through these emails we had written to each other.  And before you know it, one day she sent me an email telling me she was about to travel over to the United States to visit me.  I couldn't believe it.

When I met Pauline Ngoc in person, she was everything I imagined she would be.  She was gracious, sweet, and full of wisdom.  I loved spending time with her.  We'd have the best conversations where she would reminisce about the good old days and her fond memories working with the likes of Julie Quang, Vy Van, Anh Tu, Khanh Ha, Tuan Ngoc and Carol Kim.  I had always wished that I had been born earlier so that I could have experienced some of the magical times that Julie Quang and Anh Tu and even my own mother would often talk about whenever they would take a stroll down memory lane and share their stories with me.  It seemed like Vietnamese singers in Saigon of that generation all had such fantastic memories to share. 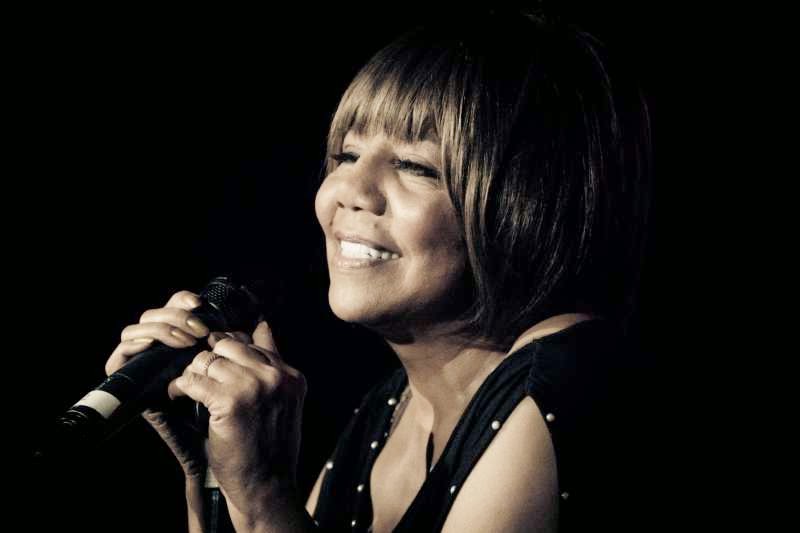 For those of you that aren't familiar with Pauline Ngoc, let me familiarize you a bit with her background.  Pauline Ngoc is of Vietnamese and African-French mixed heritage.  She was among the top performers at cabarets and nightclubs in Saigon back in the day.  And for many years, she had performed alongside many of Saigon's brightest young performers at venues reserved for US military personnel.  She had the abilities of singing in all three languages; Vietnamese, English and French.  To Vietnamese audiences, she is best known for such songs as Une Larme Aux Nuages and La Petite Gamine.  In addition to singing, she also had a brief career as an actress with a supporting role in the Vietnamese movie, Tu Quai Sai Gon, which had starred Tham Thuy Hang, La Thoai Tan and Kim Cuong.  Prior to 1975, Pauline Ngoc had left Vietnam to resettle in Europe.  For the past several decades, she has made her home in Germany.

During her trip here in the United States when I first got to meet her in 2010, there was a night put together in her honor by various Vietnamese singers held at a small, intimate venue in Orange County.  I was present that night.  I was really surprised to see how so many singers had shown up to be reunited with Pauline.  Among the many singers present that night included Manh Ha, Vy Van and Tuan Ngoc.  I was really impressed by her singing.  It seemed as if the songs she sang that night which included Proud Mary, Le Temps de L'amour, Hold On I'm Coming and Autumn Leaves were her own songs since she delivered them with such vigor and full of emotions.  It truly is an honor to have become acquainted with Pauline Ngoc.  Afterall, she is a legendary Vietnamese performer and a pioneer for Eurasians in the Vietnamese music industry.